Celebrating Air Quality Week 2018 … with a nod to the economy

Celebrating Air Quality Week 2018 … with a nod to the economy 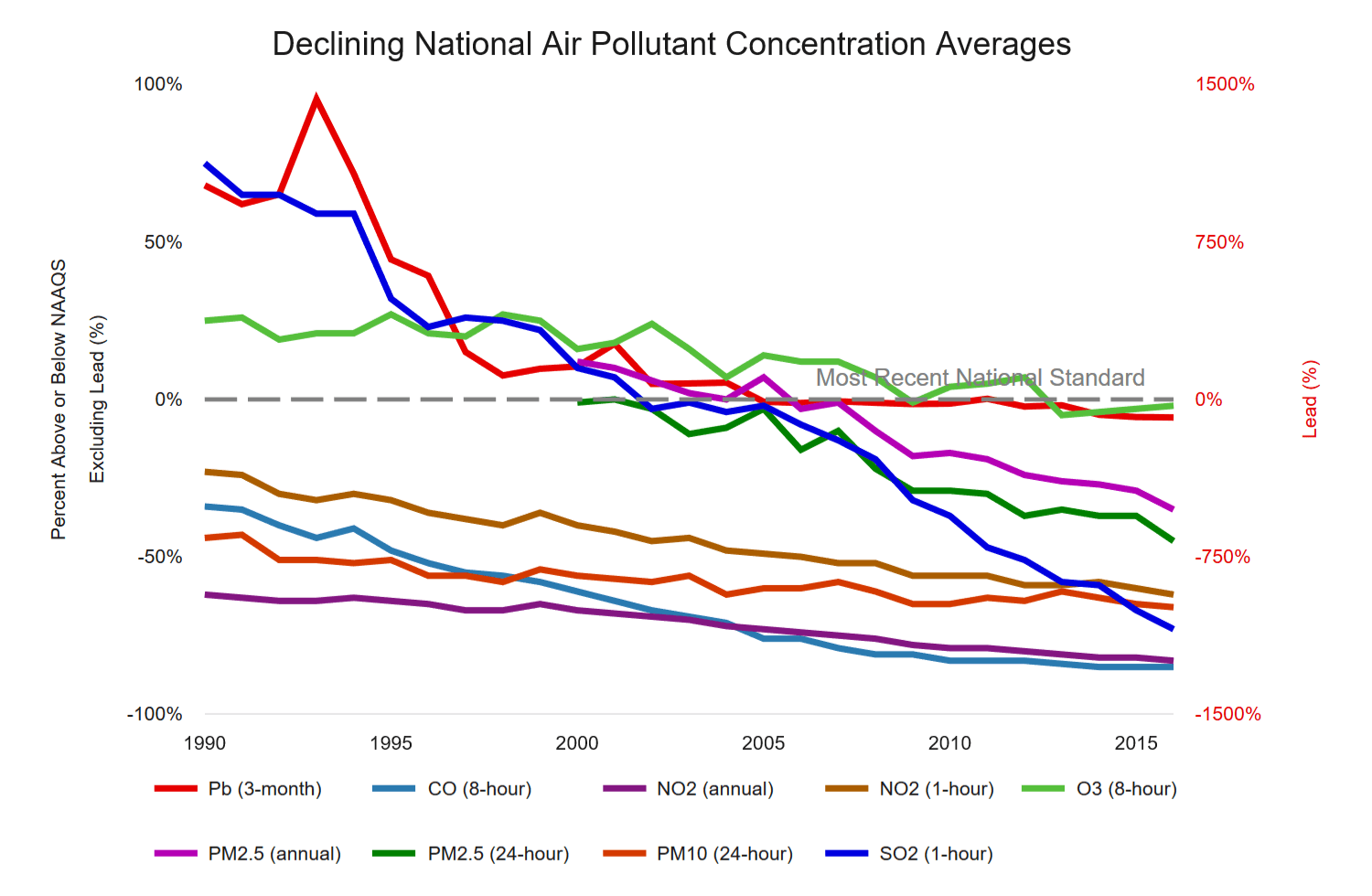 By all accounts, concentrations of monitored contaminants have declined in spite of increases in vehicle miles, population growth, and economic growth.

Sometimes all I need is the air that I breathe
And to love you.
— 1972, Albert Hammond

The United States Environmental Protection Agency (US EPA) has designated the week of April 30 to May 4 as Air Quality Week, and in 2018, we have a lot to celebrate.  In the United States, the air quality has improved significantly since the early 1970s when the song first hit the pop charts.  The song, of course, was about love rather than air quality, but it seems like a good starting point to talk about air quality now.

Since the mid-1970s, state and federal agencies have been operating air quality monitoring stations throughout the United States to measure the concentrations of various air contaminants.A  Those air quality monitoring stations operate throughout the year and have operated, at some stations, for many years.  By all measures (including the US EPA statistics in the accompanying graph), the concentrations of monitored contaminants have declined significantly year-over-year in spite of increases in vehicle miles traveled, population growth, and economic growth.

Economic growth is measured at a high level by a country’s Gross Domestic Product (GDP), which is a measure of goods and services produced and sold.  The United States GDP has grown about 400 percent from 1970 to 2018, and consumer buying power is estimated to be about 20 percent more, in constant dollars.B  The current political climate is about deregulation writ large; to hear some folks talk, regulations are killing American business.  GDP growth seems to me to be evidence that the regulatory climate over the past 50 years has not killed the economy.

This year, let’s celebrate Air Quality Week by acknowledging that air quality in the United States has improved and our economy is strong.  We must continue to look for ways to improve the balance between the public policy goals of protecting the environment and those of strengthening the economy.