1 Trillion Trees and the fight to halt climate change 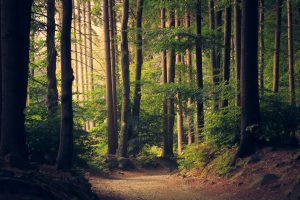 The World Economic Forum plans to fight climate change and restore biodiversity by growing and and conserving 1 trillion trees worldwide.

The numbers alone are impressive: 350 million in a day.

But we’re not talking about the box office haul of Marvel’s latest super-hero fight fest. Nor is it the amount of money Amazon CEO Jeff Bezos makes in a single 24-hour period — although it’s reportedly a lot closer to that number than you might think.

That figure represents the number of trees Ethiopians planted on July 29, 2019, as part of their nation’s ambitious Green Legacy Initiative to address deforestation.

However, that number pales in comparison to what the World Economic Forum (WEF) has on the agenda. At their annual conference in Davos, Switzerland, in January, world leaders announced their support of the WEF’s 1 Trillion Trees plan, a global effort “to grow, restore, and conserve 1 trillion trees around the world,” according to a group statement. The goal: fight climate change and restore biodiversity.

But can something as simple as planting trees help stave off climate change?
In short, yes.

“Clearly, trees are one of nature’s best carbon factories. They suck in the carbon dioxide, manipulate it, and store it in their roots and wood. You take a 2-by-4, and by dry weight, half of it is carbon,” says Carlton Owen of the U.S. Endowment for Forestry and Communities and a SynTerra board member. “Growing trees and using long-lived forest products are one of the ways we can address global climate and carbon sequestration.”

That said, there are other beneficial reasons the world should restock its forestland. “It’s not just the carbon people need to think about; it’s all the other benefits that come from forests,” Owen notes. “You are going to better protect your watershed, providing less flood damage and … clean water. You’re creating wildlife habitats. You’re cleaning the air. Then you’re growing the local economy by growing resources for jobs. There are huge benefits.”

When it comes to replanting in the U.S., Owen says, efforts should be focused on the areas most in need of reforestation. “There are places that need replanting, and it’s not places like Maine or Minnesota, where nature gives you the forest back,” Owen says. “It’d be places like the West, where we’ve had massive wildfires. It would be places like the Mississippi Delta, where we have large acreages that are constantly flooding that should have never been cleared.”

Location, however, isn’t the only concern. Reforestation efforts should also take into account other factors.

In the end, reforestation helps solve the problem of stopping climate change, but it’s not the only answer.

“Trees are just one piece of the solution,” Owen says. “You can’t solve global climate change on the back of forests alone.”