Groundwater Monitoring in the CCR Rule – What’s Next? 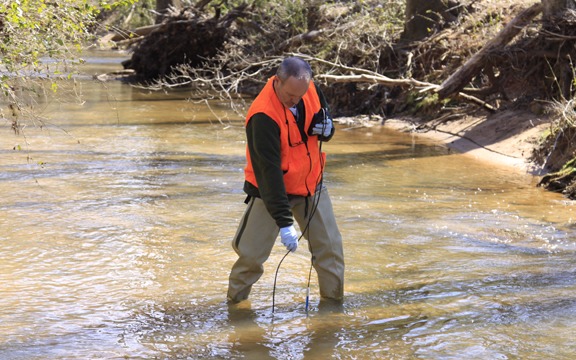 ABSTRACT: The U.S. Environmental Protection Agency published 40 CFR 257, Subpart D, the Coal Combustion Residuals (CCR) Rule on April 17, 2015. This Rule includes provisions for groundwater monitoring of active, inactive, and new CCR landfills and impoundments. Various deadlines are set for the establishment of a groundwater monitoring system, the sampling and analysis of groundwater, and the statistical evaluation of groundwater data.

The CCR Rule created three phases of groundwater monitoring that include Detection Monitoring, Assessment Monitoring, and Corrective Action Monitoring. Groundwater protection standards will need to be developed based upon maximum contaminant levels (MCLs) or background levels. Criteria that trigger these phases of monitoring include a statistically significant increase (SSI) and a statistically significant level (SSL). If SSLs are determined in Assessment Monitoring, then the nature and extent of a release must be determined and a corrective action remedy developed. Reporting requirements that need to be a part of the operating record and/or posted to the public internet site are established.

Get the full report

Steve has practiced comprehensive civil engineering, government relations, and planning since 1983. He has guided numerous projects for public and private clients in the federal, state, regional, and local arenas. Steve, whose core technical expertise is in transportation, has developed business in a broad base of infrastructure – utilities, transportation systems, energy, stormwater management, site development, and recreational/themed facilities.

Among many assignments during almost eight years in the Florida legislature, he served as Chairman of the Energy and Utilities Committee, and ultimately as the GOP Florida House Majority Leader in 2012-2013.

In 2018, he received the Governor A.W. Gilchrist Award, which annually recognizes an engineer for public service, helping mankind, and bringing honor to the engineering profession.

Steve is a licensed Professional Engineer in Florida. He holds a Bachelor of Science degree in Civil Engineering from the University of Florida.