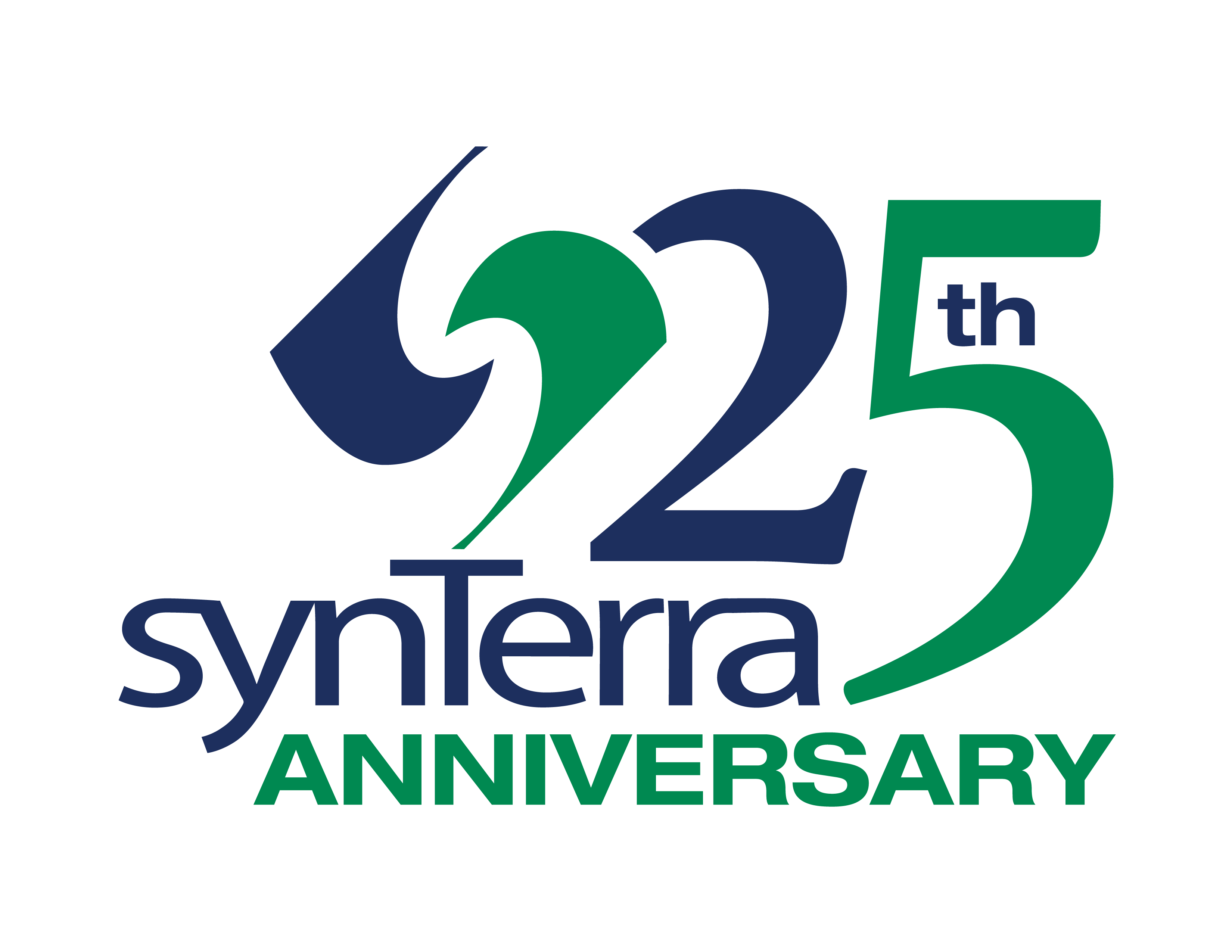 Press Release (Posted Feb. 19, 2018): SynTerra executives were caught off-guard by their own anniversary. Multiple projects had the company busy and in hiring mode. Finally, commemoration is underway.

Immersed in new projects, the science and engineering consulting firm almost forgot its own anniversary
FEBRUARY 19, 2018
FOR IMMEDIATE RELEASE:
SynTerra, a science and engineering consulting firm with offices in Greenville, SC, and Charlotte, NC, is celebrating its 25-year anniversary — as time permits.
New projects and initiatives have kept SynTerra busy and in hiring mode. The employee-owned company has grown to 96 employees; it had 51 employees in early 2016 and 65 at the beginning of 2017. SynTerra has added engineers, geologists, scientists, marketing professionals, and administrative personnel. SynTerra opened the Charlotte office this past June. Also during the summer, SynTerra acquired more space and tore down walls to expand its headquarters at the INNOVATE building in downtown Greenville.

SynTerra executives were caught off-guard by their own anniversary, admits President Mark Taylor. “It’s great to be busy helping clients succeed; that’s what we do. But the other day, someone in a meeting said, ‘Hey, what are we doing to celebrate our 25th anniversary?’ ” Taylor recounts. “We laughed about the sudden realization, but then we became serious. This is an important milestone.”
Commemoration is underway. A special logo will be used throughout 2018 in print and digital material, and SynTerra will host several celebrations.
Festivities will be kept in perspective, Taylor emphasizes. Still, it’s hard not to reflect — and be proud, he says. A few highlights include:
• Founding of the company in 1993
• Moving into INNOVATE in 2002 after performing Phase I environmental work at the former textile mill
• Transition of ownership and a name change — from Fletcher Group to SynTerra — in 2006
• SynTerra innovations with large diameter geotextile tubes and beneficial reuse of industrial process residuals
• Employee Stock Ownership Plan (ESOP) in 2016 that solidified SynTerra as an employee-owned business
SynTerra serves a variety of clients throughout the Southeast in the governmental, industrial, and commercial sectors. The company has an expressed goal of meeting clients’ objectives in cost-effective ways while achieving compliance with laws, rules, and regulations. SynTerra services cover: hydrogeology, biology, and toxicology; environmental permitting and due diligence; and civil, geotechnical, and process engineering.