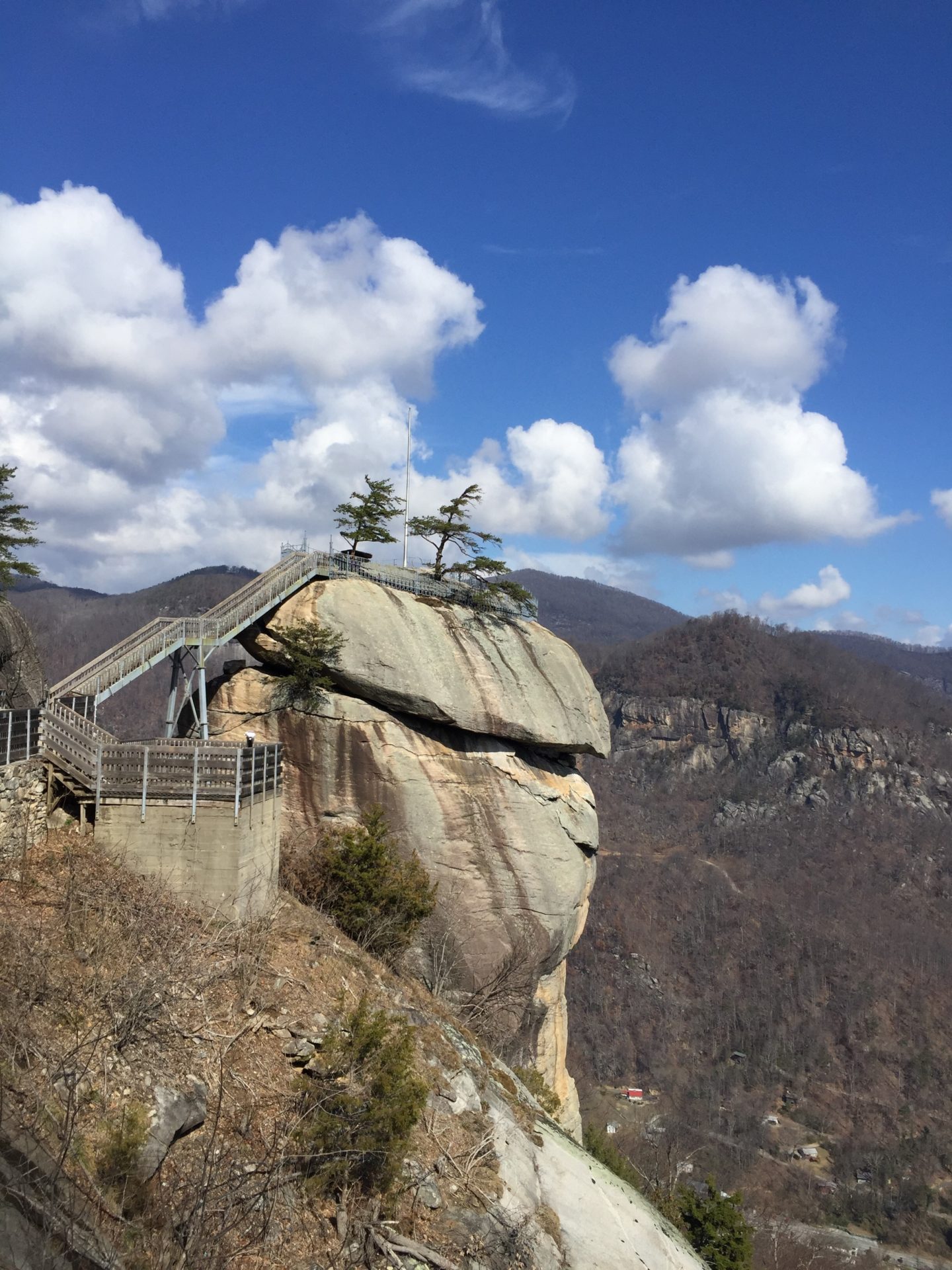 Completion of a structural reinforcement project at Chimney Rock State Park is expected by the end of December. William Davidson, P.E., of SynTerra has played a key role.

Age, wear, and weather have gradually compromised portions of the park. To meet safety standards, trail structure improvements have been initiated over the past 10 years. In 2016, the North Carolina Division of Parks and Recreation appointed Davidson to lead Phase VI of the park improvement project. His focus has been on geotechnical engineering and evaluation of construction materials.

Phase VI structures at Chimney Rock State Park include a main deck area, bypass route, and stair structures down from the main deck, connecting to the Hickory Nut Falls Trail. Working in conjunction with the structural engineer of record, SynTerra encountered challenging conditions related to steep topography and rocky terrain.

Special inspections included the evaluation of footing anchor locations to verify that rock was present to the depth of the anchors. In addition, SynTerra observed subgrade bearing soils, oversaw foundation concrete testing, and oversaw field inspections of the bolted and field welded connections for the structural steel members.