A pair of SynTerra Professional Engineers were featured speakers during the Mine Safety and Health Administration’s (MSHA) Annual Dam Safety event last month. Vice President of Special Projects Steve Gardner and Senior Geotechnical/Dam Designer Charlie Bishop presented “The Lifecycle of an impoundment” at the virtual gathering of almost 200 attendees from state and federal agencies. The event is usually held at the MSHA Academy in Beckley, West Virginia, but this year’s event was online only. 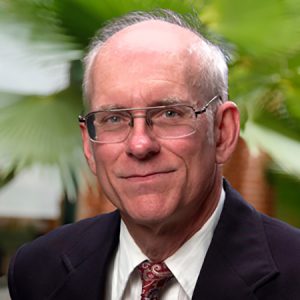 Bishop and Gardner examined an almost 50-year lifecycle of an impoundment and speculated on the impoundment’s future. Here is a sampling of information from their presentation:

Coal refuse and slurry impoundments many times are longer lived than the mining operations that they serve. Such impoundments also have one of the highest risk profiles in mining. The coal industry has been known for its cyclical nature over the decades, reaching back into the 1800s. Ownership and control of operations has changed frequently over the years, and perhaps the current time has seen the most volatility, with consolidations, bankruptcies, and abandonment of operations.

Gardner and Bishop have the unique perspective of having been involved in one impoundment for almost 50 years combined, and the end-closure is still somewhere in the future. Gardner started work for Beth Elkhorn Corp., a subsidiary of Bethlehem Mines Corp. and Bethlehem Steel, in 1975. Beth’s met coal Mine 29 in Pike County, Kentucky, was just ramping up production in the middle of the 1970s coal boom. (Pike County was featured in National Geographic magazine during that time as having the most millionaires per capita of any place in America.) This was just after the catastrophic collapse of dams at Buffalo Creek — and impoundments were difficult to get approved. So Beth tried combined refuse disposal, which was a failure. Gardner, as a young engineer, was assigned responsibility for overseeing the construction of D’Appolonia’s new design for the starter embankment in Rob Fork for a slurry impoundment.

Fast forward to the 2000s: Charlie Bishop and Bowser-Morner (BM) took over the design function. Charlie has been the responsible engineer for design plans for the past 20 years. In 2019, Gardner’s company, ECSI, merged with SynTerra Corp and acquired BM’s Lexington Geotech office.

Charlie Bishop, a geotechnical/dam design expert, also presented on a separate topic, “Dam Embankments on Silt and Clay Soils — Stability, Design and Construction Evaluations.” Silt and clay foundation soils present potential slope embankment stability and settlement problems. During the design phase, slope stability is based on foundation soil conditions derived from drilling, sampling, and laboratory tests. The short-term stability evaluation is based on undrained shear strengths. Embankment properties are based on the anticipated material to be used for construction. Measured and anticipated phreatic surfaces in the embankment and foundation soil are input to the analyses. Construction plans, procedures, and specifications are developed based on results of the analyses. Not considering all design parameters can lead to impoundments literally settling into the foundation soil potentially leading to failures.